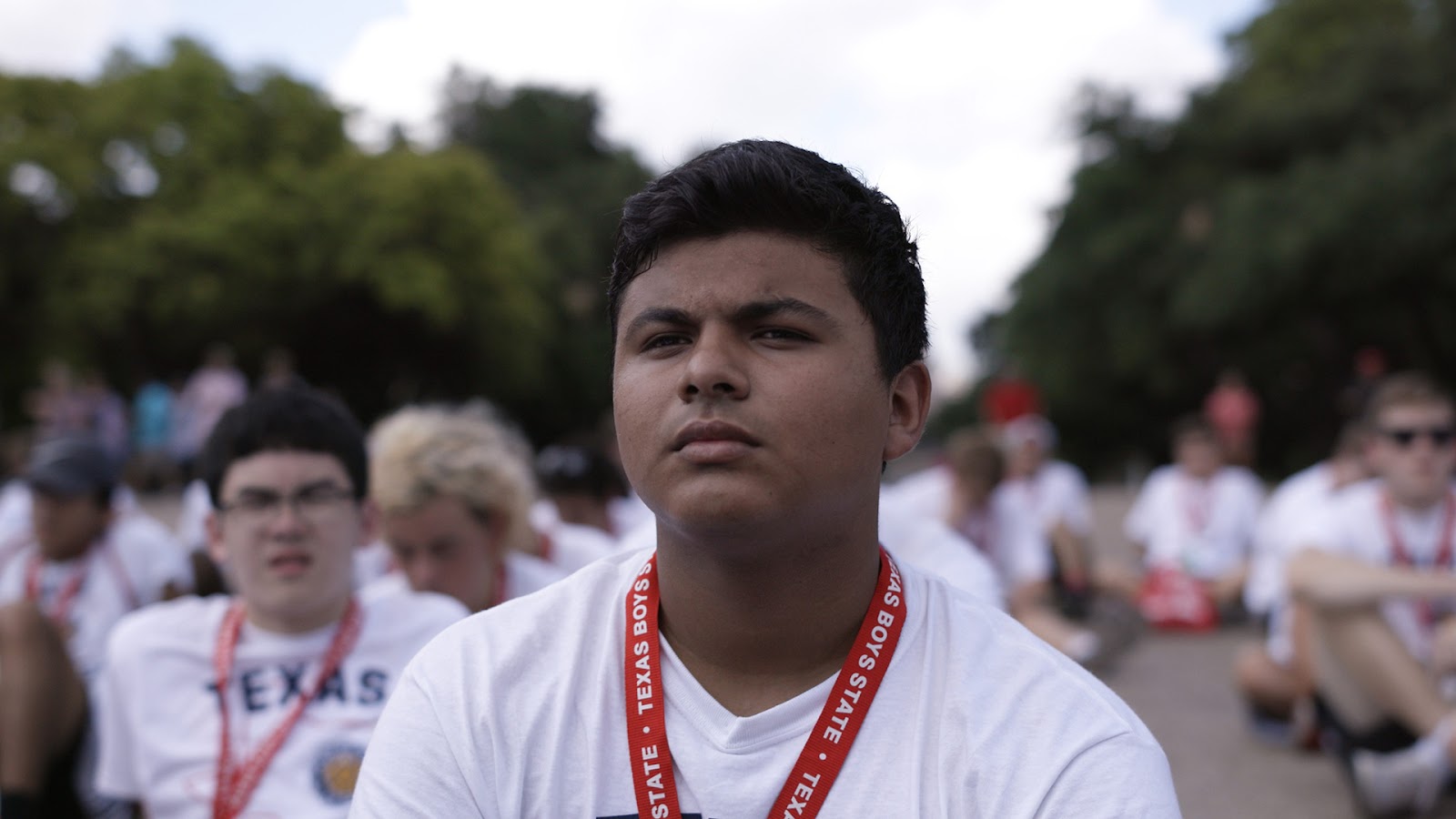 Winning the Documentary Grand Jury Prize at the Sundance Film Festival earlier this year, Boys State is an unrestrained examination of our current political condition. Filmmakers Jesse Moss and Amanda McBaine create a film both audaciously vibrant and incredibly energetic, detailing the events at the American Legion’s Texas Boys State in 2018. Throughout the nation, many states hold an annual event and program that brings high school boys and girls together to hold mock elections, the most prestigious being the one for Governor. Differing state to state, these programs offer teenagers an insight into the inner workings and experiences of American politics and democracy. Pitting the federalists and nationalists against each other, each party creates a platform, elects a party chair, and nominates a candidate for Governor. Examining the events at the Texas Boys State in 2018, Moss and McBaine create a film of overflowing energy, using the backdrop of the passionate youth as a representation for our nation today.

Boys State follows four individuals in particular: Ben Feinstein, Robert MacDougall, René Otero, and Steven Garza. Moss and McBaine begin their journey with Feinstein, a Reagan-loving double amputee who becomes the Federalist Party chair. Next, Boys State follows MacDougall, a Nationalist candidate for Governor during the primary who exchanges morality for popularity. Otero acts as the Nationalist Party chair, but with the influence of the position, he faces racial discrimination and political backlash. Finally, there’s Garza, the true core of Boys State and the heart and soul of the week-long program in Texas. Coming from a modest background as a second-generation immigrant, Steven Garza is the soft-spoken heavy-hitter of the program, and the self-titled “dark horse” of the nationalist party. Not only representing the different backgrounds, experiences, and views of our current political system, these four boys represent the passion of the generations to come.

Boys State is filled to the brim with energy, an undeniable attraction that thrusts the viewer’s eyes towards the screen and glues them in a matter of minutes. A raw portrayal of the patriotism, passion, and division of these thousand young Texans, Moss and McBaine’s film seems like an event. With abrasive framing as well as quick and shaky camera movements, Boys State is both an extremely polished film and yet a deeply human one as well. Supplying something new to each viewer, Boys State capitalizes on the potential experiences of its audience, lighting a spark for every potential gas leak in the room. Whether it’s the touching vulnerability of Garza, the alienation that Otero faces, or the unbridled ambition of Feinstein, there’s something for everyone in Boys State. However, some viewers may get more out of its touching portrayal of the hope and aspirations of its main subjects. The attention paid to the Nationalist and Federalist parties, elections, and members is quite lopsided. It’s apparent who Moss and McBaine intend the viewer to root for, as they spend as much time humanizing and examining them as possible. This isn’t to say the decision harms the film’s eventual impact, but it doesn’t come across as obviously motivated either.

Boys State culminates thousands of different views, conflicts, and positions on issues throughout the world today, and applies a fascinating focus group: the youth of today. Questions of morality in politics, the importance of the truth, and the surprising appeal of victory at the expense of your opponent, circulate throughout the campus. MacDougall believes that politics should be a game, and even if that means abandoning his individual views so that he can win over the crowd, so be it. Garza believes that people shouldn’t sign a bill not having read it beforehand, applying a very hands-on and personal approach to his campaign. Feinstein supports the necessity to get his hands dirty in order to claim victory, and while Otero dabbles in the sport as well, he believes a good politician isn’t necessarily a good person. Add to these different belief systems the vulnerability, blinding desire to win, and varying backgrounds of these boys and you are in for an enthralling film.
Without any prior knowledge of the events at Boys State or even the program itself, Moss and McBrain craft a mesmerizingly intriguing film. A testament to not only the skill of the filmmakers themselves, and the intensity of the subject matter, but also the emotions and people represented. Comical, boisterous, ebullient, and above-all motivated, the population at the 2018 Texas Boys State is one of undeniable passion and energy. Boys State feeds on this energy, multiplying it with its precise and flowing editing, unconventional camera shots, gorgeous cinematography, and spirited pacing. Not many films, especially documentaries, can make their audience cheer, cry, and scream the name “Steven,” and yet Boys State is unlike any film I’ve seen before. Poignant, awakening, inspiring, and tremendously entertaining, Boys State is a film that needs to be seen across the nation.